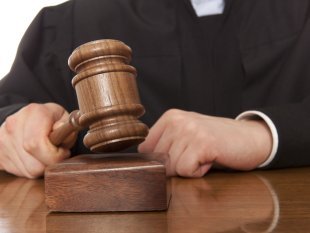 A U.S. Court of Appeals panel ruled 2-1 Tuesday that millions of Americans may not be eligible for the tax credits they currently receive to help them purchase coverage on the Affordable Care Act’s (ACA) health insurance marketplaces. However, this court’s decision will not be the final word on this issue so we see no reason for panic among those who have worked so hard to expand access to medical and dental coverage.

The two judges who issued the opinion in Halbig v. Burwell took a narrow reading of the law’s language on premium tax credits, which states that these subsidies shall be available to people enrolled “through an Exchange established by the State,” contending that such language does not allow tax credits for coverage obtained in the 34 federally-facilitated marketplaces in states that chose not to establish their own exchanges. But this ruling effectively ignores the rest of the law and the clear intent by Congress to provide subsidized coverage regardless of which authority establishes the marketplace.

Luckily, there’s an opportunity for a ruling by the full Appeals Court and, potentially, the Supreme Court -- and either one could reject the decision made by this three-judge panel. In addition, another federal Court of Appeals panel ruled just the opposite on a similar case not two hours later, establishing what I hope will one day be famously known as the pizza doctrine. In this second case, the judges found that while the ACA’s language on premium tax credits may not explicitly address federally-facilitated marketplaces, such literal readings are intellectually dishonest and fail to consider the broader statutory context. In other words, by creating a backup mechanism of providing coverage to people in states that refuse to establish a marketplace and applying the same rules, Congress clearly intended to extend subsidies to enrollees in those states.

... families who purchase their children’s dental coverage separately from their health plan do not receive any additional tax credit despite paying an additional premium..

But these recent appeals court decisions shouldn’t obscure a long-standing concern that many of us share about how the tax credits work under the ACA. In fact, this wouldn’t be the first time that a narrow and literal reading of this section of the law kept people from receiving the subsidies they deserve. As CDHP and its partners have previously and emphatically pointed out, under current IRS interpretation of the ACA, families who purchase their children’s dental coverage separately from their health plan do not receive any additional tax credit despite paying an additional premium. Simply put, the cost of stand-alone dental coverage for a child is not considered when calculating a family’s coverage costs for the purposes of determining their tax credit amount.

Despite Congress' decision to include pediatric dental coverage among the list of essential health benefits, many families who qualify for premium tax credits are not receiving a subsidy for the full cost of their children’s coverage. The Department of Treasury could very easily revise this interpretation of the law’s language by noting Congressional intent and the context in which the language exists. Doing so would require no changes to the ACA or previously issued regulations and would ensure that all families receive the full tax credit to which they are entitled, regardless of how they purchase dental coverage for their children.