A CHIP advocate raises her voice 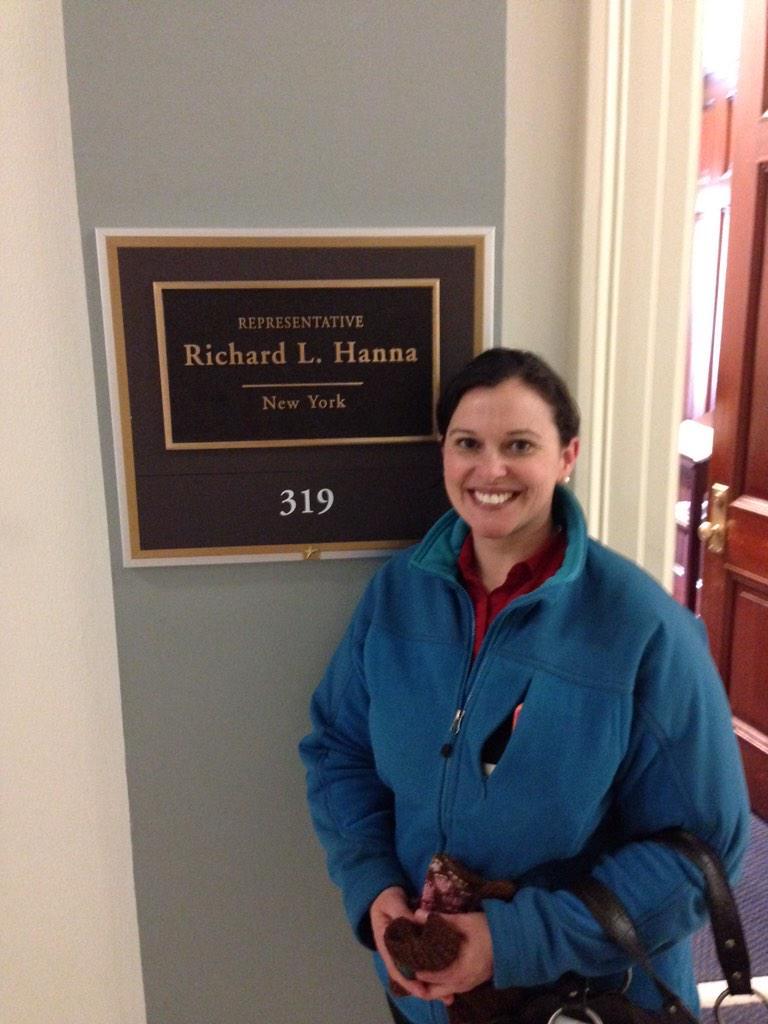 Tiffany Kerns has witnessed firsthand the Children’s Health Insurance Program (CHIP) at work. Kerns has been a dental hygienist in Central, N.Y., for the last 12 years and serves as the treasurer of the Dental Hygienists’ Association of the State of New York. She treats and advocates for children and families who can afford dental care thanks to CHIP. This experience inspired her to visit U.S. Rep. Richard L. Hanna after hearing that the federal funding for CHIP could expire after September.

On a recent trip to Washington, D.C., Kerns visited Hanna’s congressional office on February 18. Though Hanna was not available at the time to meet, Kerns spoke with his aide Robert Wagener.

“I told [Wagener] that governors from 41 states had written in their support for CHIP and that it has had bipartisan support.” Kerns said. “I also gave him a list of New York statistics on CHIP.”

“The only way they’ll know how we feel is by talking to them,” she said.

Kerns said that Wagener had just attended a meeting on CHIP benefits and was familiar with the topic. Still, Wagener did not reveal where the congressman stands on the issue, which Kerns said was “disappointing.” She wanted him to “say Hanna was for CHIP and acting for CHIP,” she said.

In 2013, 470,000 children were covered by New York’s CHIP program. Kerns said that “knowing that CHIP is affordable insurance is what keeps me going.”

Kerns is no stranger to the political scene—since her mother works for a state senator, Kerns has been around politics most of her life. She encourages others to advocate to their politicians on behalf of CHIP because “our country is failing and the number one disease in children is still dental caries.”

Kerns also sent emails to U.S. Senators Charles E. Schumer and Kirsten Gillibrand, voicing her support for CHIP. “The only way they’ll know how we feel is by talking to them,” she said. “If they see you have a passion, they’ll listen.”

CDHP thanks Kerns for advocating on behalf of the 8 million children who rely on CHIP. These talking points can help you do the same.