A special month, a special program 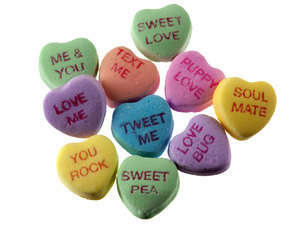 As we indulge our sweet tooth later this week in heart-shaped candy, keep in mind that cupid shares the spotlight with Children's Dental Health Month. Unfortunately, we need a special month to focus attention on children's mouths because our health care system has a history of treating oral health as an afterthought. Although it is Children's Dental Health month, I want to stress that the overall health of children is in jeopardy unless federal funding for the Children's Health Insurance Program (CHIP) is extended.

Next week, members of Congress return home, which is an opportunity for you to talk to them and share the news that CHIP works and deserves to have its funding extended. Bills to extend CHIP have been introduced in both the U.S. Senate and House.

CHIP covers a full range of health and dental needs of millions of children and is critical for their health and future well-being.

CHIP is essential to millions of working families:  CHIP provides affordable comprehensive health coverage to more than 8 million children and 370,000 pregnant women from working families who earn too much to qualify for Medicaid but cannot afford private coverage. If funding for the program runs out, millions of children will be moved into marketplace coverage and could end up without dental coverage, or dental coverage significantly more expensive than under CHIP. A recent report by Wakely Consulting Group estimated that families’ cost-sharing could increase by up to 10 times what they pay out-of-pocket under CHIP. In addition, nearly 2 million of today’s CHIP-covered children would be ineligible for subsidized coverage on the marketplaces as a result of the so-called “family glitch.”

CHIP is a sound budgetary decision:  According to an analysis by the Congressional Budget Office, much of the cost of a CHIP extension would be offset by reductions in other federal spending. Further, according to a recent report by MACPAC, an independent commission advising Congress, the federal portion of CHIP funding for two more years would be offset by reductions in federal spending for Medicaid and subsidized marketplace coverage because children would not enroll in those programs if CHIP is available.

Any disruption to CHIP, even temporary, will hurt millions of families who rely on this coverage and will increase the number of uninsured children.

Congress must extend funding now: Unless Congress acts soon, there will be no new funding for CHIP after September 30, 2015. State legislatures, governors, and state agencies are making decisions now about transitioning families out of CHIP coverage. Any disruption to CHIP, even temporary, will hurt millions of families who rely on this coverage and will increase the number of uninsured children. Congress must act now to extend CHIP funding through 2019. This extension will give children uninterrupted, affordable coverage while new options are created in the marketplace.

To learn more about the future of CHIP, visit this web page, where you will find our policy brief, our talking points document and a template letter your organization can use to support CHIP.  Happy Valentine's Day and Children's Dental Health Month!