Healthcare.gov has updated the data on health and dental plans in the federally-facilitated and partnership marketplaces, providing a more complete picture of of the cost of pediatric dental coverage under the Affordable Care Act (ACA). 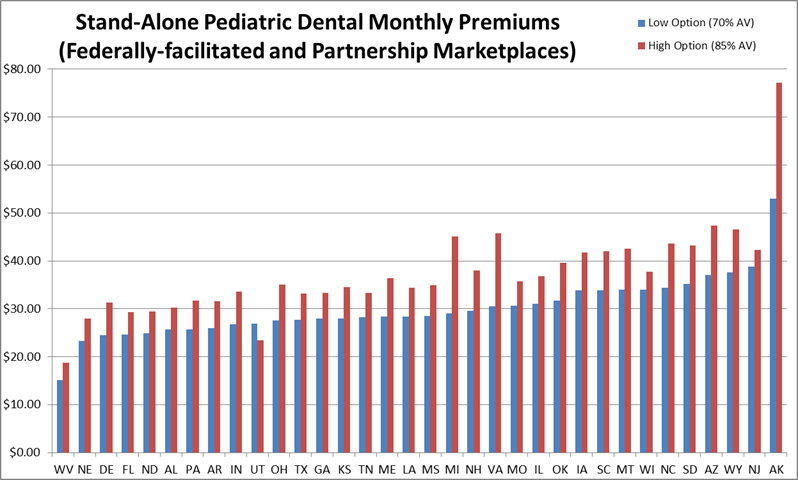 In many states, pediatric dental coverage may also be purchased through medical insurance plans. Stay tuned for further analysis from CDHP.