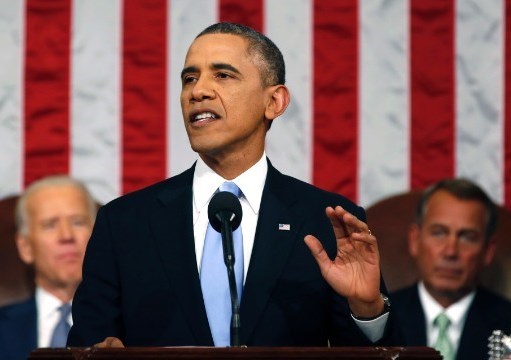 Last night, members of Congress and their guests listened as President Obama outlined his agenda to help working families climb out of poverty. Unfortunately, President Obama missed an opportunity in his State of the Union address to highlight one of the most successful anti-poverty programs of his administration — the reauthorization of the Children’s Health Insurance Program (CHIP).

CHIP was first enacted in 1997 after being conceived and shepherded through the Congress by a bipartisan power couple — the late Sen. Ted Kennedy (D-MA) and Sen. Orin Hatch (R-UT). At the time, 11 million children did not have health insurance, and more than 16 million children lacked dental insurance.

In 2009, President Obama extended CHIP and signed into law a program that made dental benefits mandatory. We'll celebrate that anniversary on Tuesday, February 4.

Today, CHIP provides about 8 million children with health/dental coverage. Unless Congress and the President extend funding, the number of children without insurance could more than double.

In fact, according to a 2011 study, if CHIP were rescinded, the rate of child uninsurnace could be higher than it was before the Affordable Care Act.

Perhaps understandably, the President waited long into his State of the Union to raise the issue of health care. Given the challenges states are facing implementing the Affordable Care Act and the fact that the House of Representatives has voted to repeal or defund the law more than 40 times, it’s no wonder the President didn’t focus on health insurance.

However, CHIP is a wildly successful health care program that deserves recognition, celebration and — above all — continued funding.  CHIP is a strong example of a working federal-state partnership that engenders deep support by health providers and families alike.

When CHIP was enacted, it was the largest expansion of federal insurance for children since President Johnson established Medicaid, a signature weapon of his “war on poverty.” Few laws passed in recent decades have been such a stabilizing financial force for families and the working poor as has CHIP.

The median income of eligibility for CHIP families across the country is roughly $55,000, which is 250% of the federal poverty level. This is a program that provides a core safety net for the very families struggling to make ends meet due to depressed wages and tough job market. As President Obama and Congress confront the unprecedented economic divide and the shameful reality that 1 in 5 children live in poverty in the U.S, they must build on what is working. And CHIP works.